Providing both our residential and commercial clients with our expert knowledge in carpet cleaning, maintenance, and repair. We are  locally owned, second generation carpet cleaners, having earned some of our first working dollars learning the ins and outs of making a worn, tired carpet look clean and fresh again.

Nathan of Complete Carpet started out helping his Dad clean carpets and then began installing carpets. This carpet installation experience formed the framework for his superior skills in carpet repair such as restretching of carpet, carpet patching, and seam repair. He eventually set aside the installation service and chose to focus on providing his customers with affordable, friendly, and professional carpet cleaning.  By combining our carpet repair and and carpet cleaning knowledge, Complete Carpet is able to best service our Tulsa metro area customers, ensuring their carpet needs are met and that they can enjoy refreshed, clean carpet on a regular basis.

Years of experience have taught us what will and what won’t work for a carpet’s needs. But most importantly, it has also taught us to focus on what will meet the needs of you — our valued customer. Many of our customers have been with us for years. We sincerely appreciate them and their desire to continue to use our services.  A service visit from Complete Carpet ensures that your carpet, floor tile, and furniture cleaning needs will be met and that you will encounter a friendly face, willing to listen to your concerns and talk over your needs.  This may be about the service to be performed, or it may just be about whatever is currently happening in your life.  We are here for you.

From our Complete Carpet family to yours, we wish you a great day and look forward to being of service.

Carpet Cleaning Tulsa has been in our fiber since before even 1998. Nathan grew up around the carpet industry, working with family and friends since he was young, well before he had the idea to start Complete Carpet. Long before Facebook was even an idea. When he was five years old he got to stay up all night long, a big deal for a little kid. With his mother pregnant with his little sister his father choose to move into a new home. 8 months pregnant his mother wasn’t going to move into a house with carpets that she would never let he baby girl to be crawl on. So Nathan’s dad replaced all the carpets in one day. As any do it yourself project goes that day turned into night and back into morning.

At that time Nathan didn’t know that this epic all night carpet installing adventure would give him the knowledge and skills a decade later to open doors. He didn’t know that he would be Carpet Cleaning Tulsa by starting Complete Carpet in 1998. He just knew that if you stand just right on a roll of padding that you can unroll that padding with slow careful backwards walking. It’s like log rolling except you are laying out padding across a room.

Business was in Nathan’s blood as he would go on to try many different ideas of things he could make money at.

At twelve he did what almost every young boy in america has done a at least once. Started a lawn mowing company. This was not a deep well thought out LLC. It was a simple mower, edger, flyers, and a name “Lawn Care of Tulsa”. Bright green flyers where placed on doors and mailboxes in every house near where he lived. He learned a valuable lesson that summer, one grass is itchy and gets every where. Two he did not like being hot and sweaty all day long. He wasn’t ready to start Carpet Cleaning Tulsa quite yet, so on to the next idea he moved.

At thirteen he started a videography business for Little Miss Oklahoma. His sister was competing and he noticed that they did not provide video of the competitions on the local or regional level. After a year of recording and editing video of girls all doing an endless rendition of Billy Ray Cyrus “Achy Breaky Heart” he learned another valuable lesson. He no longer wanted to do video. He still didn’t know yet that Carpet Cleaning Tulsa was in his fiber.

He went on to follow a new passion, computers. Starting with an 286 12mhz he wanted to know how they work. Building computers was his next venture. But you have to have money to build a computer. So he tapped into the skills he had been developing on the side his whole life. Repairing and cleaning carpet. Sharpening his Carpet Cleaning Tulsa skills to fund what he thought was his next big thing Comp Care of Tulsa. The problem was that he built computers that he would like to use, high-end custom gaming level computers. Those are not quick or easy computers to sell. So it was back to carpet to fund the next idea. 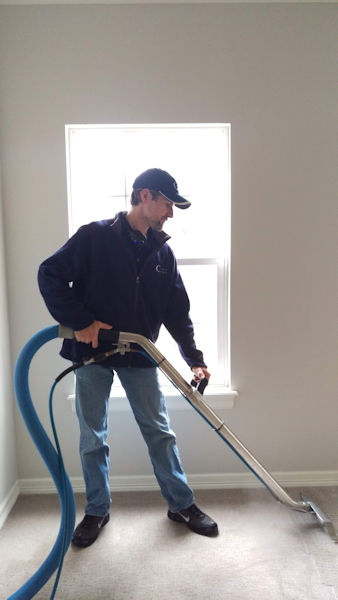 Finally we get to carpet cleaning Tulsa since 1998. Nathan learned the power of relationships and tending to the garden you are planted in. As the old saying goes, I went out to find myself and realized that I was right here all along. He met someone that said, hey you know that thing you’ve been doing since you were 5, why don’t you do that full time? He responded no I want to do my own thing. Ok then do it your way! And that is exactly what Nathan did. Starting with a carpet installation contract with the Tulsa Housing Authority and lead to a carpet cleaning contract that lead to decades of happy customers. He has pivoted and changed as new ideas and ways to serve carpet cleaning Tulsa arose.

Our goal at Complete Carpet is to offer a complete carpet cleaning experience. We want you to be able to see that your carpets are clean. Feel that your house is clean. We want to make a difference that you can feel and take something off of your mental to do list.