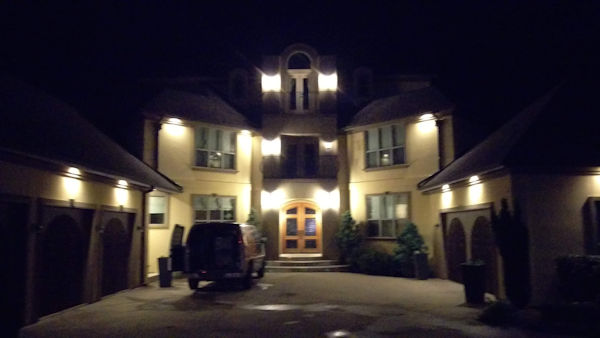 Next up, more stretching podcasts. Let us be your carpet cleaner today. We are Complete Carpet.

Speaker 1: (28:12)
Now if you did create enough tension, a knee kicker is only about six inches wide where the foot or the place of a power stretcher is typically about 14 inches wide. So if you take a a four inch knee kicker that’s got a four inch head on it, so it’s got the space for four inches of grip on the carpet and you hit it hard enough to move the carpet, you are more than likely going to rip a hole through the carpet where if you spread out that that tension across the whole face of a 14 inch head, so go four times bigger. Now that tension will not rip the carpet because it’s got more points of holding. Uh, we remember this and if you don’t, here’s a little quick little thing. Who didn’t he, he used to take a bed of nails and he would take one super sharp nail and it’s poke himself with it causing it to draw blood. Let us be your carpet cleaner today.

Speaker 1: (29:06)
Because if you take one nail, it’s pretty easy to stab yourself. Now what he would do then is take and put a thousand of those nails and say, I’m not just going to have one nail poke me. I’m going to have a thousand nails poking me. And he predicts those thousand nails and he puts it across a board, laid that board on top of his chest, and then take somebody said, okay, not only am I going to put these thousand nails on my chest, but I’m then going to ask somebody, I’m gonna have somebody ask them to take a sledge hammer and break a block of ice or a physical brick block on my chest, on top of the bed of nails and see if I can survive. Now, as we know from that example, or from our science classes, that if you take one thing, then you’ve got all the pressure put behind it is going right the behind that one thing. Tulsa’s Carpet Cleaner since 1998.

Speaker 1: (29:56)
But anything, anytime you add more feet to the bottom of the thing, you will now have more, um, division of that weight to distribution. Tulsa’s Carpet Cleaner since 1998.  So now instead of one nail push pressing in one pound, you’ve got a thousand nails dividing one pound over every single nail. So all nail will equally hold the same amount of weight, which now is a one pound, or let’s just say there’s a thousand pounds, thousand pounds of pressure on one nail will stab right through you. A thousand pounds of pressure on a thousand nails would be one pound per nail. So each nail is only putting one pound of pressure, which is very light. And so that’s where you’d get into, that’s like having them one small hamburger sitting on top of nail. It really won’t do anything. And so that’s what the idea there is, is to divide that space out. So it was you that same story and you were stretching. Let us be your carpet cleaner today.

Speaker 1: (30:44)
And if I use a small knee, I can move the carpet, but I’m trying to move the whole room. I’m going to be creating way too much power and tension on the head of the kicker now. So it will actually, if I take and really wall up and he’s going to take a ton of effort but I really wall up on the carpet with a knee kicker, I can tear a hole in the carpet because I put just like the Houdini example he had that one nail will poke through his skin. And so with that one nail in place, it is way too much press, um, stress and pressure on that one area. Tulsa’s Carpet Cleaner since 1998. And so it will break. And same thing with your carpet. You will not be able to put enough tension because you will the carpet before you have the proper amount of tension.

Speaker 1: (32:34)
You want to make sure that that wire stays in place as you are. I’m putting it up. So you need to put tension so that both sides do for a good side, which don’t hear talk, people talk about this hardly anymore, but it’s a bungee cord used to use Bundy courts all the time. Tulsa’s Carpet Cleaner since 1998. When I was a kid, they wouldn’t use to tie down a hold stuff in place or get bungee trap, something to the top of your car or to different places. And nowadays we just don’t, you know, rarely have a place where people pull out and use a bungee cord. But a bungee cord is a great example because both ends have a hook and both ends are connected to each other by a rubber band. And so that rubber band creates a nice good stretch intention and that intention will always be there trying to create a pole or a proper hold on what it is that you want to try to do and accomplish so that both sides grab their place. Let us be your carpet cleaner today.