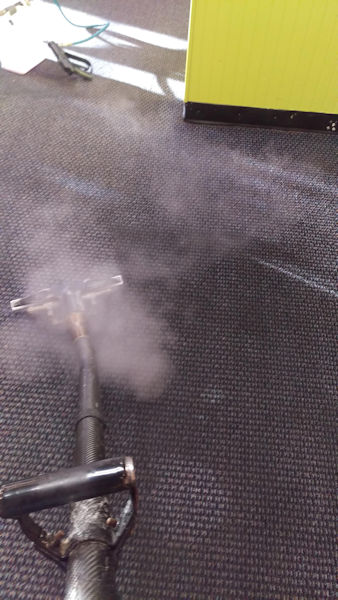 Speaker 1: (00:00)
Carpet cleaning Tulsa since 1998 we are complete carpet. Give us a call today at (918) 494-7093 and let us help you get on the way to having clean, fresh carpets. Again, you get to where you enjoy your carpets, a Carpet Cleaning Tulsa is in our fiber. Uh, today I want to talk to you about what it means to have a, to repair your carpet, to get your carpet taken care of. Well, a lot of times this is one of those items that does not have high highest skill level entry that has really, it should have a lot more skill level to it. And so many people say that they can do a patch or they can do something and yet they’ve not understood that the art, the form, the capacity to be able to take care of a patch in the right way. Uh, so I’m going to detail some of the different steps.

Speaker 1: (00:47)
Uh, one, if you want to try to find a way to get it done, it will help you to focus on what’s important. Carpet Cleaning Tulsa is in our fiber. But also, uh, in case you are looking to see whether the guy you’re doing it knows what they’re doing. Um, if you just mentioned a couple of these things, most of the most more than likely you’re going to quickly attain, um, or ascertain whether this person really knows what they’re talking about or not. Um, the, uh, really there’s three main ways to do a patch. They all involve seam tape. You want to use a regular, uh, commercial seam tape. Uh, just don’t use the sticky paper. Uh, home Depot sells it. Uh, I’ll think Lowe’s also sells it. It just is not functional. It doesn’t work. It’s something that the old adage you do, you want to do something, do it right the first time.

Speaker 1: (01:32)
Otherwise when will you have time to come back and repair it again? And so if you don’t have the time now to repair it properly, then wait until you do have the time now just to get it done right the first time. If it’s done right, it should last the rest of the life of the carpet. If you put in that stick, double stick tape underneath it. And try to put a patch into it. Nine times out of 10, it eventually is going to just pull off with the vacuum because the stickiness will start to get dirt down in there and break down the stickiness or the stickiness holds it in a way that looks weird into the carpet. The nice thing that the seam tape will do is that it gives it a level backing on the backside of the carpet. So the backing of the carpet of the patch and the backend of the carpet of the carpet that has had the patch put into it are at the same level.

Speaker 1: (02:15)
If those two are different levels, then the patch will stand out. Uh, so, uh, go over the three main ways. One is just, if you’ve got a large patch, say it w um, eight to 10 inch square, you can actually use, uh, an official seam iron in there. That’s the same way that each of the seams throughout the house had been put together. They’ll take hot melt seam tape for carpet that has this um, fiber, uh, woven back and forth inside the glue so that it glues the back of the carpet together with this nylon or, or fiber with fiber going back and forth, holding that together and that will keep the scene so that as you step on it, walk on it, move around, it won’t break or come apart. It will hold it firmly together. So it’s kind of like stitching was long ago they actually used to sew carpet together but now they just glue the sewing to the back of the carpet and let that hold together and it will last a long time.

Speaker 1: (03:03)
I’ve, I’ve taken apart seams that were 20 and 30 years old, typically around the 15 to 20 year Mark. Just the physical walking on it breaks it down, but that glue has a really high melting point and allows it to be really good firm grip while still maintaining somewhat flexibility. But you want those two sides of the carpet to be level together. If they’re not level together, then the scene will stand out because one side will stand above the others. You get this little shadow effect to kind of a low, the light will catch it in a way that really makes it stand out or you get the opposite that they don’t hold together enough and you get the grand Canyon effect or the both sides dip down to the middle and there’s a gap between the two sides of the carpet. Do you want them touching each other? Carpet Cleaning Tulsa since 1998.

Speaker 1: (03:42)
You want it really close so that you couldn’t even fit a dime in between the two halves. The seams. That way the fibers can mesh together very nicely. A Carpet Cleaning Tulsa since 1998 we are complete carpet. The other type of seam is what they, it’s same type of same tape, but the tape itself is foil backed. Uh, it’s a lot more expensive. It’s about three or four times as expensive as like a dollar a foot instead of like 20 cents a foot. But it gives you the capacity to do a scene from the top of the carpet to actually lay the seam tape out, put the scene, uh, all the patching together, and then you use a, an iron. But instead of a hot iron, like using Zay or the regular and gift about three 50 to four 50, depending on the type of glue that you’re using, um, instead of using a hot iron to melt the glue, it’s actually a, uh, microwave iron.

Speaker 1: (04:26)
So you put the iron on top of the carpet and this will allow the area below the carpet to react. So it’s actually microwaving that metal and it’s vibrating, it creating some heat and that heat melts the glue that sitting on top of it, and that glue will then seep into the back of the carpet. So you still need to attract it and make mesh it together. Um, and the third way is that you take seam tape, put it in a smaller area, so you have only got a three inch by three in Japan. It’s too small to put anything into it or to put the irons over it. So what you’ll do is you’ll take a hot melt glue gun and use carpet glue. It’s a little different. It’s got a higher temperature on the glue than the regular glue gun, but it’s um, but roughly it’s roughly the same thing.

Speaker 1: (05:10)
That’ll melt that glue. Then you push your patches down into it and on a patch like that, you want to melt the blue on the outside of the main carpet first so that you adhere the carpet to the seam tape and then put glue on the inside and glue the patch into the seam tape that’s already holding there. And as a great pro tip, do not take and put the scene, put the glue right on the edge. If you do it right on the edge, you push it in, the glue is going to seep up between where the edges of the carpet are cut and it’s going to catch into the fibers. If you do it about a half an inch back, then when you push it down it will spread up to the scene but not come out of the scene. Otherwise you end up with these hard knobs and all this stuff that’s covering over the same that you don’t want, or it gets all mushy and gummy and then it makes it seem look bad. You want to seem to be look like it’s not even there or the patch to look like it’s not as there. So a good patch from three to five feet away should not even be noticeable. Now, if you’ve done the patch patchy, you know what? You may be able to notice yourself. We’ll continue this on the next podcast about patching complete carpet. Give us a call today. Carpet Cleaning Tulsa is in our fiber. (918) 494-7093 carpet cleaning Tulsa since 1998.