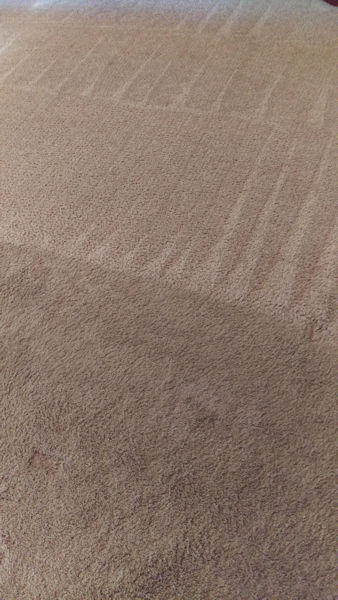 Speaker 1: (00:01)
This is another podcast for complete carpet, carpet cleaning Tulsa Since 1998 I wanted to talk to you today about what is the, what are the benefits of getting your carpets cleaned? What does that nice ceiling fare of the be able to have a space that you enjoy sitting down in the carpet. Again, getting to, um, uh, finally, uh, invite friends over and not be embarrassed to changing the whole environment things. What are all the benefits that we see that carpet cleaning can do for you? That really helped that we’ve seen people see a difference in, uh, one of the big areas you’ll see people is they’re are buying a home and they’re going into that home, but they don’t particularly know who’s been in there, what they’ve done in there before. And so they will have us come out to clean the carpet so that they can make the house clean for them. Carpet Cleaning Tulsa since 1998

Speaker 1: (00:51)
Sometimes you have, uh, you know what’s happened. So like if it’s my dirt, if I spilled some orange juice somewhere, uh, then you know, I can choose to take care of it or not take care of it. But I know it’s my fault. I know I con consistently know what it is. But if it was somebody else’s drink, like someone else’s kid came to my house and spilled something, it’s weird because it does not my dirt. Um, I have a different feeling towards it. So I all of a sudden take and feel like that needs to be, it’s more important to clean that up than it is to clean my own mess up. And so we see this in houses, this, that if you’ve made the dirt, you’re willing to live with it longer. But if it’s someone else’s dirt that’s already there. An extreme example, we went to clean somebody’s tile once and they had, um, uh, had just bought the house.

Speaker 1: (01:35)
They’d been in there maybe three or four months and we were cleaning the carpets fresh and stuff up. Or we said, Hey, we could also clean the tile and this, I don’t know if it’s that dirty. So test cleaned a little area and low and behold, the grout was not supposed to be black. It was actually supposed to be a light gray and it, so we physically had to scrape some of the stuff off and just go through really thoroughly clean it out. And when they got finished they were like, Oh my goodness, this black, we thought it was black or grout lines was actually like gray. The black was just all of the grease and dirt that was in the tile from the previous people. Cause obviously hadn’t done that in just a couple of months that they’d been in there. That’s the one they got it finally cleaned. Carpet Cleaning Tulsa is in our fiber.

Speaker 1: (02:10)
One should be extremely happy, but two, she’s really grossed out because she realized for three months she’s walking in someone else’s grease and grime and dirt. And so when you’re buying a house or coming to the first time, one of the reasons you want to get the carpet cleaning is you want to remove the previous dirt. You want to reset it back to square one. So at least now you know any dirt that’s on there is from a source that you know about as opposed to an unknown variable. Like, was it that somebody just, you know, track dirt from outside or is this somewhere that someone got cut and they, you know, had an accent or maybe somebody got sick and they had an accident on the floor here? Like whatever it was, I don’t know. It’s an unknown. This is a fear of the unknown.

Speaker 1: (02:45)
And now that we can reset you back so you know what is happening to your carpet. The second one that we see is that you’re having people come over. So you already are in your home. It is your own dirt, but you’ve got other people that are gonna come and judge your home based upon they see. Carpet Cleaning Tulsa And so having that capacity to say, okay, I want to give, put my best foot forward so to speak. I want to make sure that people see the best version of me that I can. And so the a bill will come in there for, especially around the holiday seasons, maybe you have something happened with um, family coming in or a birthday party, a wedding, you know, some type of an event that’s happening and you would get to be the host and being the host. And honestly, I think there’s a great move.

Speaker 1: (03:22)
You should, um, do this at least twice a year, have a big event at your house because it’s going to force you to do that deeper cleaning that you normally wouldn’t do because it, again, it is your own dirt. You just see your own messages and you think, Oh, I’ll take care of it later. Whereas when someone else is going to come into your home and judge what you’re doing, all of a sudden you change your level of clean, you change your level of, of work that you’re going to do in home because, well, because someone else is gonna see this, you know, like how are they going to react to what we’re doing. So you get in there, you do that deeper cleaning, you do that more thorough approach. And also it just, it’s just refreshing to have your house back into, um, a good set again.

Speaker 1: (03:57)
Uh, the other, the third part that we’ll talk about is when you, uh, either have just had enough or you’ve hit your time of year, that this is when you clean spring is that time for a lot of people or fall is where you’ll just walk in there and say, you know what, there’s no special event. I didn’t just move in or move out of a home. I just want to make my scenario to be cleaner. I just want to make everything look better for the situation where I’m at. So make sure that as you are going throughout your year, uh, I think this final one would be when you want to try to freshen up or, um, just there’s no real reason. There’s, you’ve just, you’ve looked around and you said, you know what? I think it’s just time to get this freshen up and cleaned.

Speaker 1: (04:44)
And that’s when you get in there and start removing, you know, the dirt that you just doing the maintenance clean. So there’s not an event, there’s not a reason. There’s not a restoration. There’s not trying to make it look good for somebody really quickly. It’s just, you know, what, it’s time for the regular maintenance. Carpet Cleaning Tulsa And for everybody it’s a little different. I get asked this question all the time is, um, you know, how often or when should I be getting my carpets cleaned? And the answer is different for everybody. But really what you want to do is try to, um, find that, uh, that right balance. Uh, once you’ve noticed the dirt, you’re probably just a little bit too far. But if you can, um, stay on top of it to where you’re getting to where Hey, it’s, you know, it’s not too dirty, but it is starting to feel like, um, it’s time for it.

Speaker 1: (05:28)
Because the part that really will help by doing this is that you are taking and keeping the dirt from building up too much in your carpet. And why does that matter? Uh, is, um, probably the key question to ask yourself because um, when you know that keeping that dirt from grinding into your carpet instead of just being on your carpet, that’s really what the point that you’re trying to get to. If you took your hands, you rub it back and forth together, you could rub them together for quite awhile and you would have no problem. But if you took and covered your hands and sand and tried to rub the back and forth together, Oh, you’re gonna rub the skin right off your hands quickly and your carpet has real similar. It can rub against itself, the fibers rubbing back and forth and really you don’t have any problems.

Speaker 1: (06:08)
It be just fine because the fibers are designed, they’re both nylon rubbing against dial on. And so it really, it just, you know, it’s a nice soft thing just like rubbing your hands back together. You can clap for a long time, really don’t have a problem, but you introduced dirt and grit and sand to it and now the fibers are rubbing against each other and they’ve turned themselves into sand paper. And it starts to break the fiber down faster. It starts to unwind the fiber faster and so you’ll see premature wearing in areas because it’s, it’s almost like you took sandpaper and rubbed it. If I took sandpaper physically and just started rubbing the carpet, they’d make it all fluffy. Him and mad at him, bloomed and twisted looking. So we are complete carpet Carpet Cleaning Tulsa Tulsa since 1998 to give us a call today at (918) 494-7093 or find us on the web at complete carpet, tulsa.com carpet cleaning Tulsa. Since 1998 we are complete carpet.