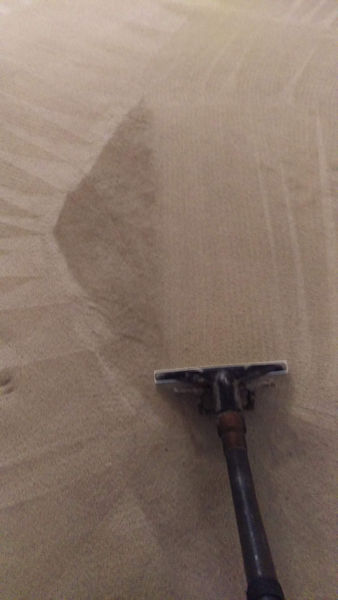 Thanks for joining our continuing podcast, Carpet Cleaning Tulsa, about the small steps to really big change. Go big or go home almost always ends in going home. But if you change one tiny little thing  and wait for it to be a habit then you will find that in short order you are living a life you want to live, instead of enduring a live you can no longer stand. Carpet Cleaning Tulsa is in our fiber so lets get back into it.

Speaker 1: (04:50)
I want to focus on the carpet side of it, but without knowing the backend of what small steps can I do to and act big change over time, I want to give you a few small steps that will help to change drastically the life of your carpet. The first step is when you see something, do something. This is the hardest step for everybody. This is what everyone should. This will change so much of your life and also change the, the uh, your carpet tremendously is that lots of times we’ll see something and think, Ooh, but I don’t have time to deal with that right now. But as soon as I have time, I’ll go get that done. As opposed to saying, I just spilled this drink water, you know, whatever liquid I spilled. As soon as I see the liquid spill, I have to set up a habit.

Speaker 1: (05:37)
In my mind that says liquid spilled, I immediately go and grab um, a towel. I immediately go grab a sponge. I immediately go grab something to absorb up the liquid. I go get a shot back, I’ll go get something. So just start in everything that you do, but it won’t happen right there for that one event. You have to establish it and everything else. If I have a cup on the counter, I don’t leave the cup. They’re saying, well later I will come back and put it in the sink. There’s an old adage, the shortcut is the longest way to do anything. So if you take that cup, let’s say you have a cup you’re holding and you set it down on the counter, but you don’t put it in the sink, it goes in the sink or it goes into the dishwasher. But right now you feel like you don’t have time to go and do that. Carpet Cleaning Tulsa since 1998.

Speaker 1: (06:24)
So when will you have time to go do that? Because if you don’t put it there, you are. So you were telling yourself it later. I will have some extra times, a magical time to do the thing I don’t have the time to do right now. And that’s the problem is that we put, we kicked the can forward that tomorrow I’ll have a whole bunch of extra time and tomorrow I don’t have any time because I’ve got all the other things I’ve already pumped punted ahead that now have to be done today unstead of the day that they were done in. So if you just take care of it now, you actually open up a tremendous amount of extra free time in the future. Now your future is not bogged down by all the things you avoided in the past and you actually can save anywhere from 30 to 70% of the amount of time it takes to do something, but just doing it right then so they touch it once or do it now.

Speaker 1: (07:14)
Philosophy says that if I think about something or I’m touching something that until it’s where it should be, I don’t let it go and that way I never have to remember where I left it because it’s where it should be. It’s a very difficult thing. It’s hard habit to break. It’s very difficult. I have struggled with it even to this day. Even though I tell people all the time about it, I still struggle myself about making sure I stay on top of this habit of saying, okay, there’s not a magic. We all wish there was some magic. Other person I love it is Kevin Hart, I believe it was, had a comedic skit that he was doing and one of the things he talked about was how he got up in the morning, found out that his dog had left a big present in the hallway. He’d woken up in the middle of the night at one or two or 3:00 AM and then when he notices a big dog pile in the hallway, he immediately turned around and just snuck right back into bed because he was like, Ooh, see if I’m the one that finds it, I’m going to have to deal with it. Carpet Cleaning Tulsa.

Speaker 1: (08:11)
But if I leave it and pretend that I’m sleeping, then somebody else will find it and hopefully they’ll deal with it instead. And so later on his wife gets up, goes through the hallway, he’s like, Oh my gosh, your dog. Oh, your dog get this. And you’re like, Oh honey, I’ll come and get that. I’ll get you like, no, you’re still in bed. I’m already up. I’ll just take care of it. And he said, in his mind, he went exactly, which is what he had planned the whole time, was it someone else would find it and they would deal with it instead of him. And so we kind of live our lives sometimes in this mode of I’m going to, I’m going to find somebody else who’s going to be the person to take care of something. So if I don’t do it, hopefully there’ll be some other person out there who will.

Speaker 1: (08:51)
Problem is that that means that some other person, the thing that they were going to do or how they were going to help you now was handicapped. Carpet Cleaning Tulsa. They now can’t do what they were going to do normally because they’re busy doing what you didn’t do. So what that means you have to do what they did, they didn’t do. And so it becomes a, a circular cycle, a cycle that just continues on and in your carpets cycle, this is typically most seen in vacuuming. There’ll be something, I’ll drop curios or I’ll spill some chips, I’ll have a drink, I spill them of carpet. And you kind of like, ah man, I really should do something about that. I will do it later. And if you do it later, you would now are doing it after a bunch of meals walked on it. Um, maybe after is dried out completely now it’s a sticky mess and you’re going to have to physically scrub it back out again.

Join us next time as we continue our series. Check us out online at https://www.Completecarpettulsa.com and gives us a call today at 918-494-7093 Carpet Cleaning Tulsa is in our fiber. See you next time.