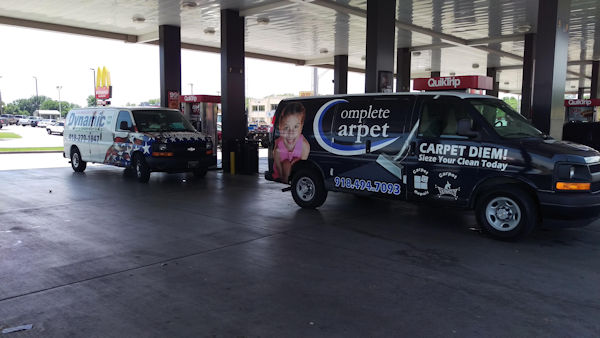 Tulsa’s Carpet Cleaner since 1998. We are Complete Carpet. We continue this Carpet Diem podcast series on padding today!

Speaker 1: (11:10)
Correct. Like I’m not mistaken here. This is a two by four that goes inside my wall. Like, yeah. So yes, it’s an itch is a two by four that goes inside your wall. But trust me, you need to spend twice the money to get this particular nice hand-carved carved, stained and polished two by 40 put to build your house with. And a lot of times, at least in my opinion, uh, the padding that you buy for your home is exactly like that. It is a padding that goes underneath your carpet and no matter what you do to that two by four, it’s still two inches by four inches. It’s still is structurally going to be the exact same no matter what you do to the, to the outside of that two by four. The two by four itself is a piece of wood that’s two inches by four inches and you can stain it, you can sand it, you can put little hand itching, carbs and stamps and pictures and now all kinds of stuff on it, but it’s still nomad. Tulsa’s Carpet Cleaner since 1998.

Speaker 1: (12:44)
Uh, so a half inch, six pound is half an inch thick and will crush under a six pounds of pressure. So functionally, any half inch, six pound padding has to be be a half an inch thick and it must crush under six pounds brush or a half inch, eight pound. That means that it’s half inch thick and it crushes under eight pounds of pressure. So no matter what they do to that padding, it still matches that specification. And because we know this, that means that no matter what you pay for your pad, you’re getting the same exact thing. Now they will try to upsell you on all these different, extra special, fancy things like saying, well, it is a hypoallergenic. It is a extra special. Um, uh, it’s got extra special, uh, you know, all new construction, fresh molded padding are there, all these different things. But at the end of the day, it still is half an inch thick and crushes under six or eight pounds of pressure. Tulsa’s Carpet Cleaner since 1998.

Speaker 1: (13:47)
And because of that, all that extra money is completely wasted on the pad. We know this because you can make a tremendous amount of extra money by selling padding that has been upsold upsell to this because they’re padding at his core. Construction is no different because again, remember it’s half an inch thick, six pound padding. So with that in mind, that means that any additional costs that you put into doing it, let’s say it’s a moisture barrier pad and they’ve added an extra one mill layer of plastic across the top so that moisture can not get into the pad, which we can talk about another time. It’s a terrible idea just to begin with because you do not want, your pad is cheap, your carpet is expensive. You do not want to put the expensive carpet at the mercy of all of your liquids. You want the padding to absorb it away from the carpet if possible cause you do not want it to absorb in and stay in your apartment. And what you will end up having is that the moisture will go through the carpet, hit the moisture barrier on the pad and then spread side to side and absorb only into the backing of the carpet and potentially large areas ruining

Speaker 2: (14:52)
chunks of carpet because the moisture is now trapped in the carpet and it spreads out laterally. It makes a really big spot. Whereas if there was no moisture, payor, very pad, that moisture would hit the carpet, go through the backing into the pad and get sucked down below the carpet into the Patty and dry out, dry down there as opposed to ruin the back of the carpet. You can have a one foot circle that turns into like a four foot circle because the moisture hits the back of the Patty and it just spreads out laterally instead of going down vertically. And so this moisture barrier Patty, that you have put a one mil plastic on top of a regular, again, half inch, six pound padding, exact same as all the other padding out there, um, is now gone from two and a half or $3 a yard to say $6 a yard. Tulsa’s Carpet Cleaner since 1998.

Speaker 2: (15:40)
It’s almost, sometimes it doubles in price to add one little thin sheet of plastic on top of the padding. And that is not $3 worth a plastic. Let me tell you, it’s definitely not where the, well, they’ve treated it with a microbrial, a special treatment. They have done all this other stuff. Now remember that’s like hand painting and sanding and staining your two by fours that go into your wall because they’ve done all this extra special stuff to something that goes underneath your carpet. Something you can never physically touch, something you will never smell, something you don’t under. See something that you’ll never experience or even have anything to do with. Um, and one other thing that I also wanted to point into that a moisture barrier pad does not allow to happen. That that really does need to happen is that there is dust in your home at all times and as you walk across your carpet, that dust filters down into your carpet. Tulsa’s Carpet Cleaner since 1998.

We will continue this podcast in our next episode.