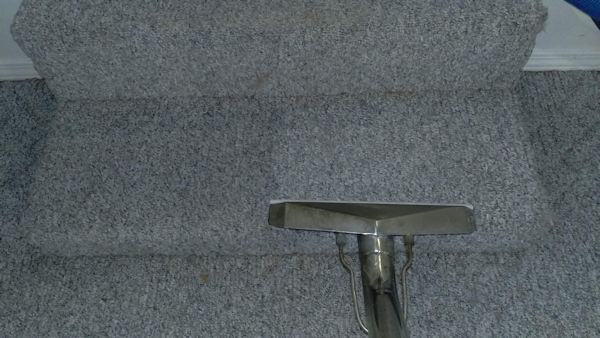 Speaker 1: (00:03)
Tulsa’s carpet cleaner since 1998 we are complete carpet. Give us a call today at (918) 494-7093 or find us on the web at complete carpet, tulsa.com taking care of maintaining your carpet is one of the probably the biggest expenses and the biggest money savers that you will have within your home and your space. The expense to replace your carpet in some homes can be extremely overwhelming. Your roof is probably the only other thing that would take up about as much money in a single single purchase. And you need to maintain that and also, but also maintaining the inside of your home can drastically change your impression of the way that you, uh, your environment presents itself to people. And it helps to have a good fundamental, um, good fundamental basis that you build up from. So I’ve, or example, if you are moving into a home and the carpets are completely covered in Kool-Aid stains, then anyone who comes over is going to feel like you had a party but you were very messy. Tulsa’s carpet cleaner since 1998.

Speaker 1: (01:20)
Like there’s, you’re just going to get an impression of the type of and kind of person that you are. And that’s unfortunate that we live that way of judging a book by its color. But we should judge a book by its cover. Some people say that it’s a negative thing, we shouldn’t do that, but there is also positives to it. If you drive down a neighborhood and you can, I can tell you pretty much the type of person that lives in almost any home by looking at the outside of their home. Um, are there cars in disrepair? Is their yard load or is it any high? Is the paint peeling off the front of their house or is it look fresh and clean? Are the flowers well taken care of or is, are they just a wildflower garden or is it all dead? Uh, is there, you know, as you look across you can tell because people will live a life that is fitting with the, what they are going to permit or what they’re going to tolerate. Tulsa’s carpet cleaner since 1998.

Speaker 1: (02:15)
Uh, we always, uh, taught all of our, uh, employees and uh, as I was growing up my children, that the way that whatever private is what you will do in public, it’s practice. For example, if you take it to a basketball arena, if you go and you practice your shots in private, eventually in the game in public you will be able to hit your shots. But if you never practice your shots in private, in public, everybody will immediately be able to tell. A teacher can tell you which one of her students in private is practicing for a test. She doesn’t have to see it, but she can immediately tell you because based upon their test scores and their comprehension of the knowledge of what she has sent home as homework, she can tell you, well, nobody was looking did this person diligently work? Or while nobody was looking, did they Slack off? Tulsa’s carpet cleaner since 1998.

Speaker 1: (03:05)
Because you’d be able to instantly tell we’ve had that with other workers that you’ve worked spent time with. You’d be able to tell the people who put in the little extra stuff or the people who just are kind of just skating by on raw talent alone and sometimes that can get you by, but everyone around you knows that you’re just getting fired. It’s not because you’ve put all this hard work and effort in. It’s because you are just skating by based on your internal talent. And this is important because I believe the way that we do anything is the way you’ll do everything. But also the way that we practice things. When people aren’t looking, we will make the excuse. You’re trying to say, well, nobody’s looking into it doesn’t really matter. What I do in my private time is is my own business and it is. Tulsa’s carpet cleaner since 1998.

Speaker 1: (03:50)
It is your own business. But the problem is is that what you do in your private time is practice for what you’re eventually going to do in public and it becomes everyone else’s business. So we want to make sure that people feel like what they’re doing in their private time does matter. If you don’t think the shots that you take ever matter, then you won’t have a practice to take good shots. If you don’t think that your, um, your voice or your presence matters, then you’ll never practice your presence or your voice. And if you don’t think that diligence and responsibility and commitment to an idea or a project matters when nobody’s looking, then you won’t make it matter when everybody’s watching. And so we’ve got to help those around us. It’s not that they’re good or bad people, it’s just that they’ve been practicing something that is not what in public they end up wanting everyone to see.

Speaker 1: (04:42)
So many of us get disappointed in our own actions. Sometimes our own decisions where we will say something, we’ve all done this before. Everyone who, anyone, especially if you’re married or have a boyfriend or girlfriend, you come into some fight, some argument, some thing that you bump heads about. And then we all open up our mouth in a moment of frustration and we say something that as soon as it leaves our lips, it’s like a little like a little balloon, like a little cartoon thought bubble that’s floating out of your lips and it’s floating across the room and you see the other person reaching out to grab it, to listen, to see what does this little thought. But what is this idea that this person’s just thrown out there? And as soon as it leaves your lips, you see the expression on the other person’s face and you realize, Oh, that was not the impression I was wanting to give them. Tulsa’s highest and most reviewed carpet cleaner.

Speaker 1: (05:31)
Or that was not what I wanted as a type of person that I want to be, that it was not what I wanted to convey. That is not what I wanted to do. That is opposite of my character and what I have tried to design or make for myself, but it’s already out there. It’s already been released and now we have to deal with the consequences. And we have dealt with that many times in our past by just, you know, moving on or trying to get the other person. But if we had it to do over again, we know that we’d reach out there and pop that bought Bumble. That thought bubble came out of the fact that when I was on my own, while I was in my private time, while I was somewhere else, I started to grumble. I started to think, what is it that I don’t like? Tulsa’s highest and most reviewed carpet cleaner.

Speaker 1: (06:11)
And I started stewing other things that I don’t like and I talked about it to myself in my private time enough that eventually when I faced that person in public ice verbalize the things that I had been thinking about for quite a while. And the problem is now that I’ve verbalized it, I’ve got to deal with the consequences of those actions. Sometimes that’s a necessary thing. If we are running into a boss or a situation where we’re being abused and we need to speak up and stand up for ourselves where we see someone else who’s getting bullied, we need to stand up and speak up for them. Other times we realize I have been practicing a negative lifestyle that I should not have been practicing is going to take me a long time to break these habits. Now that I’ve established, this is what I’m going to do as my new normal. Tulsa’s highest and most reviewed carpet cleaner.

Speaker 1: (06:53)
A pivot is back into your home. You can change and see things that if your carpet is bugging you and it is become your new normal as dirty, you can switch that and use a company to help you to mitigate that, that the damage that’s already happened and also get you on the restoration path back to enjoying your carpet again so you don’t have to walk around with that feeling of what it is. And so people unfortunately do judges, they’ll come into your home and you’ll see the carpet and they do make a determination of how cleanly the rest of the home is and having really fresh looking carpets will give a great impersonation. A great first impression to the people of saying, this is what I keep the my standard at. So we make a new standard for yourself by calling complete carpet today at (918) 494-7093. Tulsa’s highest and most reviewed carpet cleaner.