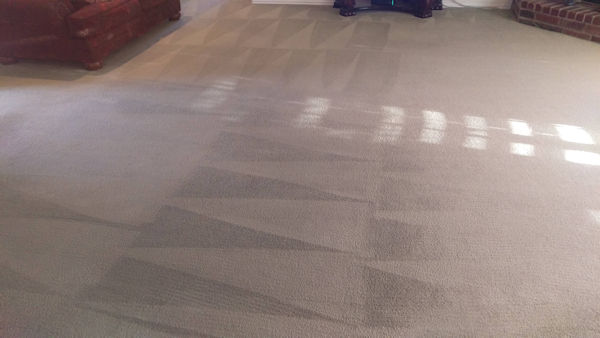 Speaker 1: (00:01)
Thank you for joining the complete carpet podcast. Carpet diem. Seize your clean today. I like to talk to you about the now or later syndrome. We run into this many times as we’re choosing things that are life. We’ve all had that grandmother who gave us two sweaters and you take the two sweaters home and you’re like, wow, this is a great drift gift, grandma. Thank you so much for giving me two different sweaters. And then the next family event, you think you know what? I’m gonna let grandma know that she loves me so much and I love her back equally as much by wearing the sweater that she gave me. No matter how beautiful or ugly the thing is. And you wear the sweater with pride because you know that your grandma, she picked this out personally for you and as you stroll in to let grandma see with the beaming pride that you had been the favorite grandchild that was wearing the sweater knit to you by grandma. Carpet Cleaner Tulsa since 1998.

Speaker 1: (00:56)
She looks at you and she, you could tell this, there’s a look in her eye and you’re not quite sure what this look is. This look is a look of disappointment and you’re thinking, but I wore your sweater, grandma, the sweater that you told me you picked out by hand for me because it was special just for me. And she looks at you and she says what was wrong with the other one? Yeah. We have these situations where we seem like we’re, we can’t win no matter what we do, but I do want to give you an opportunity to help make those decisions, those no wind decisions by giving you some information on how I would approach each of the different situations. So, uh, we get these calls quite often. Um, and so this is a, do I do it now or do I do it later? Tulsa’s highest and most reviewed carpet cleaner.

Speaker 1: (01:42)
Conversation. And I want to give you some context for both of these two things. Because sometimes we feel like we’re gonna know when we’re Gramma gives us two sweaters and no matter which sweater we wear, she’s going to be upset. We didn’t wear the other one. So if you’re about to host a party at your house and you are going to have people over, people call and ask all the time, should I get the carpets cleaned before my party or should I get the carpet cleaned after my party? So I’m going to give you a little bit of detail. At the end of the day, this is a personal decision that you should be making based upon your budget and constraints and making sure you use our wise with your money. So the, here’s the argument of the reasoning for getting the carpet cleaned before your party is that people maintain things the way they get them. Carpet Cleaner Tulsa since 1998.

Speaker 1: (02:24)
So if you’ve got a lot of spots in dirt and stuff throughout your home, people there are going to be more likely to make a mess or less likely to try to not make a mess. That’s probably the better way to phrase it. They’re not going to come in intentionally trying to make a mess, but if they do make a mess, then they’re going to be like, ma, it’s okay. There was already a lot of spots here anyway and so they won’t try to be more careful or clean up after themselves. Now if you walk into an area that’s pure white and there’s not a speck of dirt anywhere in the place that anyone that walks in, there’s going to be a little bit nervous and anything that they spill, they’re going to wipe it up immediately because they know everyone will immediately be able to tell who it is. Tulsa’s highest and most reviewed carpet cleaner.

Speaker 1: (03:01)
It’s sorta like the person who kind of has a bad smell and they walk into an area that smells really good, well it’s going to really stand out that they are the person that has the bad smell, not they go somewhere where everyone has a bad smell. Well they’re going to feel more comfortable because no one will be able to point out that it’s them that’s making the bad smell cause the whole area smells bad and so you want to approach the carpet that way. I don’t want to say that you have clean or dirty carpet, but take your own self assessment test and say, if people came over here, would they assume my carpet’s already dirty or would they think that the carpets are in pretty good shape or they look really nice to where if they did make a spill, a mistake or a, you know, something happens, which is what happens with all parties. Carpet Cleaner Tulsa since 1998.

Speaker 1: (03:40)
You’re gonna have some, some accidents happen. Will they kind of feel like, I better clean this up so everyone doesn’t notice. I’m the one that made this mess. And so typically the before cleans are ones where your carpets, they could use a little help and the people that are going to come coming over, obviously you could do it from the perspective of do you want to impress your guests? But that’s just vanity speaking. So on a practicality side, the, uh, keeping your carpets clean is to give those people a mental, uh, push to say, Hey, uh, you should try to maintain this as good as it was given to you. That’s why they do the pre-inspection on a rental car. When you’re given a rental car, you’ll say, Hey, are you go buddy? This 17 million point inspection with photos and circles and they give you a, and then they give you this crew diagram of the car, which is very small. Tulsa’s highest and most reviewed carpet cleaner.

Speaker 1: (04:29)
Then tell you market X anywhere that there’s damage on the car, you look at it thinking there’s a single line cover, the entire left side of the car and there’s like seven dents all across the top. Exactly. Sure how to on this one. Small inch of line. Describe where all seven dents on this particular car. But the idea there is that the way that you get it, that’s why they clean the cars in between every person that comes in so that when you get the car, the car looks really nice, it has it in the car and it’s really easy to tell if there’s any dirt in there because it was perfectly clean when they gave it to you. So when they get it back, anything that’s in there was from that. So that kind of prods you or makes you think, Hey, I got it and it was really clean. Carpet Cleaner Tulsa since 1998.

Speaker 1: (05:08)
I should get it back at least mildly clean. Whereas if they rented you a car and there was trash already in the car, there’s no answer that somebody is going to trash that car out on their own. They’re just going to leave their trash in there also. So, uh, this part of the equation is that you are looking to say, I want people to maintain it as good. Now the carpets are really rough. Then people are going to be really rough on the carpet. The carpets look really good. People are going to try to be a little bit naturally better with the carpets, and this is just human nature. We do this with everything. If we wear white pants, we all of a sudden become really afraid and deathly scared of all germs and dirt because we’re in white pants. We’re in a white shirt and so anything can make that white shirt not look white. Tulsa’s highest and most reviewed carpet cleaner.

Speaker 1: (05:53)
It works. Whereas if you put me in a camouflage pair of pants or in my grungy blue jeans that already have paint spots all over them, well then we’ve all seen a painter and the painter has paint pants and there’s paint all over his pants because he’s painted those bands. You really can’t tell which job was the job that created the paint. That’s all over the pants right now, but we know that some point, one of the jobs or all of the jobs have left some shade of paint on those pants because they’re painter’s pants. That’s what they do. They’re there, they’re in something there. They’ve seen the other painter that has not a speck of stuff on him because if he keeps clean then every job he’s doing, he’s trying to keep cleaning, just wanting to get paint on him. There’s always those two different kids at a playground. Carpet Cleaner Tulsa since 1998.

Speaker 1: (06:33)
One is dust pin, which is from top, sorry, big pin from Charlie Brown and he’s just got a cloud of dust around him all the time because he’s never taken a bath. Or there’s the kid that is more like monk from the TV series and you know, he’s, he’s always a little hand white and just making sure everything gets cleaned and wiped off and just not a speck of dirt anywhere. You just kind of keep this pristine thing. And so we all have this natural inclination by human nature perfectly in Tulsa since 1998 we are complete carpet and give us a call the day and did your self on the way to clean carpet. So in the next podcast we’ll talk about the other reasons of why you should potentially do the carpet cleaning after. Tulsa’s highest and most reviewed carpet cleaner.