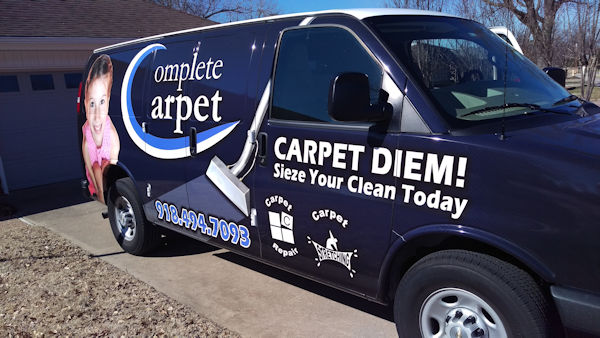 Speaker 1: (00:02)
Welcome to the purpose diem podcast. My name is Nathan Sevrinus and I will be guiding you on this amazing journey as we travel through the fibers of time. Carpet cleaning Tulsa is in our fiber. We are complete carpet. This is the carpet diem podcasts that we are going to continue from our last podcast talking to you about what you can do to help you give you the tools to make the decision. Do I clean the carpets before or after and I’m going to go over a bunch of different scenarios through this multiple part podcast series. Last time we talked about doing the carpets before. Many people are going to maintain their environment as as good as they get it. Quote the old movie as good as it gets sometimes means that you aren’t going to get something and make it look better than you received it, but a lot of times you will try to at least maintain it to some level close to the level that you received it at. Tulsa’s Carpet Cleaner since 1998.

Speaker 1: (00:56)
Have you get a rental car? You may try to at least mostly clean everything out. You might need some of the chips in there, but he won’t leave on an entire bag of Doritos or all of your luggage sick. Second, the car you were going to, uh, try to at least, uh, passively, um, clean it out to make sure that you give it back to them at the level they gave it to you. And so now we’re going to talk about why would you want to do the carpet cleaning after the event. So let’s say that you give your a once over on your event party, the place that you want him to do. And you say, you know what, actually, I’ve done a pretty good job up until this point and there isn’t any major big dirt and stains. There’s not something that’s no glaringly obvious that Hey, this is a problem that we have and that’s going around here. Tulsa’s highest and most reviewed Carpet Cleaner.

Speaker 1: (01:37)
So in that case, you are going to have 10, 15, 20 people in your, um, in your home or at your party facility and they are going to eventually create a mess. And so you may say, Hey, I want to make up for that messy behavior. By having, um, as something that’s simple to clean up or to fix. And so in that situation or that, uh, uh, placement, you will want to go out and say, okay, here’s what I got. I’m going to clean it up after about all these people here to make a mate make a mess. And we always have something like that, um, where things will happen and we say, Hey, what do I do next? Or what am I going to do here? And it’s going to say, help you to say, I’ve got a situation already in hand where I’m going to clean up afterwards. Tulsa’s Carpet Cleaner since 1998.

Speaker 1: (02:26)
I don’t have to have that fear about whatever happens here. I’m going to get it back off and try to schedule it really close to the time that you have the party. That way. Um, the stuff does not get there and set and attract in too long. The faster you can on top of it, the faster things can be taken care of. And so the idea, that concept that you want to try to get to is that you get on top of the spots quickly. So they don’t have a long time to set a lot of spots. This is good. Just general advice overall as you are trying to maintain the health and wellbeing of your carpet in your facilities, that you want to make sure that you get everything taken care of in a timely and a quick and efficient manner. And part of this is just so that you don’t grind stuff into your carpet for over a long period of time, but also so that you can make sure that you get the, um, uh, how to get everything taken care of quickly before it dries in. Tulsa’s highest and most reviewed Carpet Cleaner.

Speaker 1: (03:21)
And it sets in place. If it dries in or sets in place, then the, um, uh, it will have a much more difficult time trying to get off. Think about like a spaghetti on a spaghetti plate. So, uh, if you, while it’s wet, you can just wipe it right off. It won’t have any problems there. Just rinse right off the top and now is, whereas if you have a, um, a spaghetti plate that sits over night, the next day, whether you’re gonna have to either soak it or you’re gonna have to really scrub hard to get that spaghetti back off cause all the moisture is gone. Now it’s just hard. It’s almost like it turns into glue or some form of paste that just, it was extremely difficult. So your carpets are the same way that most stuff, while it’s still wet, it can be rinsed right out quickly. Tulsa’s Carpet Cleaner since 1998.

Speaker 1: (04:05)
And so as close to the carpet cleaning process as you can, you want to rinse out now to give a part for the second, uh, uh, this, the second part is whether you do the carpet clean afterwards. To give you one more point of the reason to get the carpet cleaning done before is that if your carpets are dirty and you’re about to have a lot of people over, all the dirt in your carpet is going to get walked on by the number of people that are going to be there. So if you gonna have a party with one person, won’t make much of a difference. But if you have a house of say four or five people there and there’s 20 people that are going to come over and visit your house, you now are going to have four times, five times as many people walking on the dirt in your carpet as would normally be there. Tulsa’s highest and most reviewed Carpet Cleaner.

Speaker 1: (04:47)
And so if you leave that dirt in there, it’s going to give get five or six times more ground in as people walk around on top of the dirt. So you’re gonna increase the amount of friction and dirt going through. So sometimes it’s good to clean it before, just so you don’t have all of that traffic grinding the dirt in farther than it already is. Sometimes if it looks good and you’re not worried about the extra grind, inner traffic joining, they’re there. You want to schedule a quick clean after the party because you know more than likely there’s going to be some type of a uh, a drink spill or somebody drops a French fry or drops a chips on the ground and they kind of get walked into carpet. You can get it rinsed out. Carpet cleaning Tulsa since 1998 we are complete carpet. Tulsa’s Carpet Cleaner since 1998.

Speaker 1: (05:24)
We’ll go on on our next podcast series to talk about other places where you might do a before and after. So far we’ve been talking about a party and event, something you might be doing at your home or at your restaurant or a place like that. Um, typically we tell people generally outside of the carpet cleaning side, you should be doing a pre and a post to vacuuming. Vacuuming is one part that’s similar to carpet cleaning steps is your dry carpet clean. You’re just using a vacuum in sucking in the bag and there you will have a, um, I have to make sure that you are maintaining the stuff we’re talking about. The increased traffic in each step that’s on the carpet, pushes whatever’s in the carpet down into the carpet farther. So if you can drive, vacuum off all the stuff that’s on the carpet, then you won’t have to worry as much about what is going to be going on outside of that space or, um, in, in your carpet itself. So dusty is the universal sandpaper. So the more it gets walked on, the more it gets rubbed in and it’s going to break the fiber down. Carpet cleaning tells us it’s 1998 we are complete carpet. Give us a call today at (918) 494-7093.