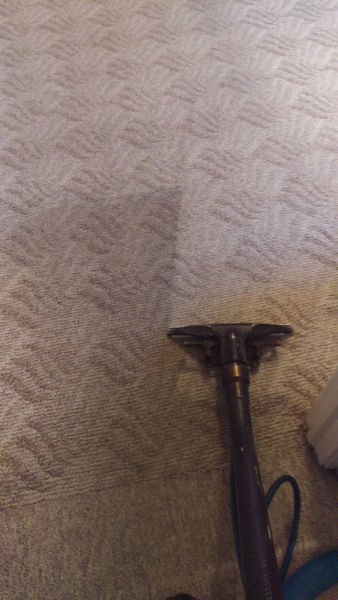 Speaker 1: (00:01)
Welcome to the carpet diem podcast. I’m your host, Nathan. Serena’s we are complete carpet, carpet cleaning Tulsa since 1998. Today I want to tell you a story about one of the most unique carpet cleaning experiences that we’ve had in our 22 years of serving Tulsa and surrounding community. Uh, this particular story was, uh, very, uh, eventful. It’s a story of, uh, happy accidents of surprises, really a story of surprises. I’ve got a call once from a customer, uh, uh, who had used us previously, uh, to help clean their carpets, keep everything fresh and new looking good. And they gave me a call and they had a very surprising question, a question I hadn’t been asked before. And so the question that they posed to me was, do you clean pony? Who now? I had yet to have this particular question. In all of the years of cleaning up carpets, we’ve had all kinds of amazing things that we’ve done or interesting jobs that we’ve got the opportunity to do from homes to cars, to trailers to, um, we did just a few weeks ago, I claimed a pontoon boat. Tulsa’s highest and most reviewed Carpet Cleaner.

Speaker 1: (01:13)
I had, you know, obviously those carpets need to be cleaned too, but it hadn’t really had an opportunity or setting where the pontoon boat was there in, at the house to where I could get it done. Uh, RV’s, trailer homes we’ve cleaned, uh, the, uh, when I was first starting off actually installed the carpet and quite a few bands around the console and they wanted to repurpose the inside of a van back with the old conversion bands where they had carpet all throughout. So we’ve tried and done many different things, but this is the first time I’ve had the question asked to meet. Do you clean podium poop now this is, uh, a lot of questions. This is going to raise a lot of questions in your mind as far as what is the reason I am being asked this? Because obviously the first response is no, I don’t mean honing poop pony who does not need to be cleaned. Carpet Cleaner Tulsa since 1998.

Speaker 1: (02:02)
It needs to be thrown away thinking this is more of a wheelbarrow and a shovel solution, uh, which is probably a different skillset or different, uh, tool set than what we have on our trucks. And so I, I jokingly said, well, I feel like that might be more of a wheelbarrow MH shovel situation. Maybe that’s for the solution that you’re looking forward to. She laughed and said, no, no, no. I have already removed all of the pony poo. I just need the carpet cleaned that it had fallen on it. Which, Oh, it’s sometimes you get, you, you get an answer. But it begs a bigger question and the question was, how did you end up with pony poop on your carpet? So she proceeded to tell me the story about how she ended up with pony poo on her bourbon. You see, she’s got a granddaughter. Tulsa’s highest and most reviewed Carpet Cleaner.

Speaker 1: (02:51)
She actually has a stable and quite a few horses. They are on the property. Um, so I knew that they did that. Of course, they just couldn’t figure out how the pump, the who got inside on the carpet. So she was telling me that there she had had a birthday party for her six year old granddaughter and she wanted to surprise her six year old granddaughter with a pony. Now I’m sure that those who came to this particular party were at first pretty dismayed because I mean with grandma comes over and you know that she’s giving her a pony for her birthday and you are there with your little child and your child’s going to look at you at probably come home and for like a month or a year later say, but, but she got a pony for her birthday. Why can’t I get a pony for my birthday is if that is a normal thing that a young child could receive as a pony, which sounds like an extremely hungry, difficult animal to keep and take care of. Carpet Cleaner Tulsa since 1998.

Speaker 1: (03:47)
In most average urban households, like most people, if you put a course in your backyard, it’s not going to be enough space for that poor animal. It was definitely going to need a large couple of acres. You need some space to roam heat instead of for the average person. That’s not a practical thing. It’s probably an impractical, impossible thing. But here she is. She decided that she was going to surprise her granddaughter with a pony. Now she wanted to make the surprise complete. She didn’t want to take her outside. Did you immediately know that she gotten to a pony? So what she did, she brought the pony into the living room while the girls were going to the other room playing. And so then she then called all the little girls into the living room. And this of course, as all these little girls came ready to live in here, was surprised the pony. Tulsa’s highest and most reviewed Carpet Cleaner.

Speaker 1: (04:29)
The pony in return lifted its tail and it left a big large surprise present right there and left its own version of pony present right in the middle of the living room. And of course, I’m sure this, I could just imagine the look on all the little girl’s faces that they came running around. They saw pony night. Wow. Look at the pony. And they’re like, Oh my goodness, what is that pony doing? Oh no. Oh no. What did that pony just do? Oh, we scared the pony. And it just, Oh my goodness, that is not a surprise present. I wanted to see. Now I can imagine these smiles on the other parent’s faces though as they first walked around and thought a pony. Really? Oh my goodness, you’re going to do this to me. My child will never, Oh look what your pony is doing. Carpet Cleaner Tulsa since 1998.

Speaker 1: (05:12)
Well it serves you right for having brought a pony into your living room that you ended up with a large pony present in the middle of your living room. Instead of make a long story short, she had removed all this stuff and we were able to go in there and through some careful cleaning we were able to rinse all of the carpet and get it back. You’re looking great again, so I can’t say that every time we will be able to clean up pony poo with such precision and make it look so nice. But in this particular case we were able to get to the carpet looking back to normal and part of this, the heart that I wanted to highlight is what the grandmother did is a quick response. Is that one, she did get the pony out but she grabbed a shovel and a wheelbarrow and she quickly cleaned up the uh, the now, uh, surprise pony present that it had been left on the floor but she removed it quickly and because of her fast acting and the fact that she quickly responded to the situation as it happened, we were able to dead command, enrich the rest of it out. Tulsa’s highest and most reviewed Carpet Cleaner.

Speaker 1: (06:11)
And then she had left that pony poo there and it sat for a long time. Eventually it would have really soaked all the way through the carpet down in the pad and it would have been a mess that would not have been able to be retrievable. So the takeaway I wanted to get from this, this most strange surprising story is that when something does happen, react quickly. If you do something, anything to be able to try to just remove them, a good majority of it, you increase your chance of making it come better at not making it completely gone altogether. Perfectly in Tulsa since 1998 we are complete carpet to give us a call the day at night when eight four nine four seven zero nine three. Carpet Cleaner Tulsa since 1998.