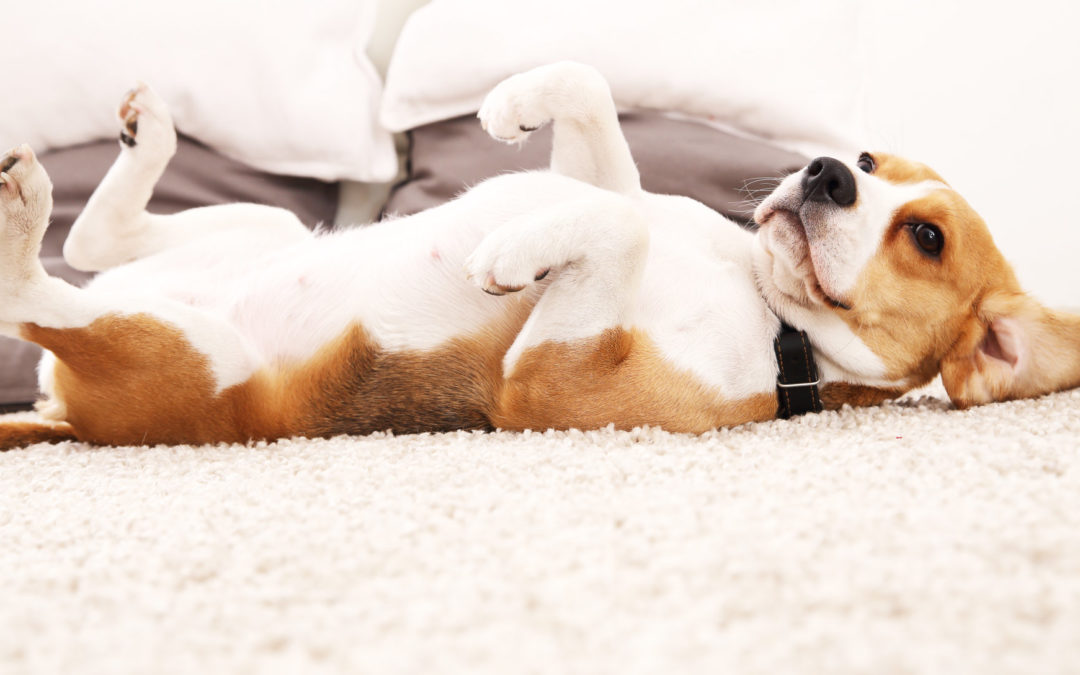 Speaker 1: (00:01)
Welcome to the carpet diem podcast. I am your, I am your host Nathan Serena’s and we’re going to continue our series about the history of Complete Carpet. We’ve worked our way up to, uh, getting that first starting to take on work from uh, my father, uh, just side jobs, a little side hustle on my senior year, uh, had tried to do a carp, uh, computer thing and failed miserably because I had not foreseen what I could sell and not tried to presale something before I actually bought what it is and used up all of my money. And so now I needed to generate more money so I could try the second time to do it a little bit better. And then going through and trying to just pick up odds and ends jobs. Right now I was just creating random stuff. I was just, you know, whatever it is, I do a little repair job here and a little install job there and just, you know, some odds and ends things that my dad didn’t want to do. Tulsa’s Carpet Cleaner since 1998.

Speaker 1: (00:50)
Jobs that didn’t fit his, his business profile, but he knew that he could refer over, might help his, one of his customers or just something he just didn’t want to do at all. And so he’d sent it to me cause it was too small and he wouldn’t, he didn’t make any profit on it or wouldn’t have any time to someone of his guys to do it. So I started just doing little odds and ends jobs and somehow I ended up, uh, he ended up getting a, uh, uh, an invitation to bid on the Tulsa housing authority contract for carpet installation. And he had no desire to do that whatsoever. But to the person that was talking to him, he said, you know, my son kind of does some of that stuff, but you know, I don’t really need to look. If you could please just submit a bid. Carpet Cleaner Tulsa is in our fiber.

Speaker 1: (01:25)
We need a bid. We need competitive bids. We have to have at least three competitive bids. Otherwise we can’t award the project. We’ll have to go back and rebid the whole thing and said, unfortunately, I have one bid right now and we need to get two more bids. Because for a government contract, they have to have multiple competitive bids before they can turn in anything. So this should show that they’ve done the due diligence. And to be able to live, to give a competitive bid, I was, I had to create a business. And so as a favor to the guy that was doing this, he, um, my dad said, yes, I’ll have my son do this because he needs, um, uh, you know, I’ll help you out. So it was a friend of his, somebody new. So I said, okay, I will do it. So I had to go through the entire arduous process. Tulsa’s Carpet Cleaner since 1998.

Speaker 1: (02:04)
I had to go through the entire arduous process of creating a company and to create this company just so that I could submit a bid to the Tulsa housing authority. Um, I had to go through and start up a bank account. I had to, uh, create my, uh, doing business as, and at the time, uh, I just picked a simple name that just described what I did was carpet care installation. So we cared for carpet and we, and we installed the carpet that we cared for. That’s how we filed. We’ve made our, our bank account, we created the things cause they couldn’t, it wasn’t official bid unless it came from an official company. So I created my doing business as my sole proprietorship and I submitted my bids and I just looked at what they were wanting us to do and I gave what I thought was a fair price for all the different work they needed done installing. Carpet Cleaner Tulsa is in our fiber.

Speaker 1: (02:48)
It was stalling one, two and three bedroom apartments at town square in the Meadows. And so we went out there, I did the bids, I looked at the properties, I put it together. I really didn’t think I would when I was just doing this as a favor for a good friend of my dad’s who just, they needed a competitive bid and I figured there’s no way I’m going to win cause I’m, I don’t even know exactly what I’m doing here. And lo and behold, January 1st rolls around and then they gave us a call on my new cell phone number cause I had to have a phone number that would work and it was like, Hey, it’s a reason to get a cell phone. And there’s a back on, I think it was Verizon at the time, back when minutes were like these special chunks of gold, these, these super, you literally could get a plan, a basic plan that had a hundred minutes on it, which if you’ve ever sat down and counted how many minutes you talk, if you sit down to say you have a 10 minute conversation, that means in a month you get to have 10 10 minute conversations for the whole month. Tulsa’s Carpet Cleaner since 1998.

Speaker 1: (03:41)
Or if you split it down into how many minutes per day, you could actually talk on your phone. It was three minutes per day and anytime over that it was 50 cents a minute to go over your hundred minutes that you’d you’d bought on the low end plans, you up your high plans. So there was no such thing as unlimited. That was an impossible thing. I think the high plans went all the way up to like you got 1000 minutes and you were like, wow, Oh my goodness, I get a thousand minutes on a cell phone. Oh my gosh, this is unbelievable. The problem is is that I found quickly that I used three and 4,000 minutes a month, so I, my first few, the first year of cell phone bills, they averaged about $650 per month. It was amazing the amount of money that he spent on his cell phone trying to generate business that year. Carpet Cleaner Tulsa is in our fiber.

Speaker 1: (04:22)
But I got a call January 1st or January 2nd and they called to say you won the contract for the Tulsa housing authority. You now are going to be able to provide for us all of the carpet installation needs for both properties. And I can’t remember the exact number, but back in 98 when we first started our company, this is the whole impetus why we started complete carpet at the time called the carpet care installation. And we was, because we had won the contract, I had won the contract to do all of the carpet installation for um, that Tulsa housing authority. So now I realized I went from needing money to try to start a computer business to having a full fledged contract and a carpet installation business that I need now to do cause I’m now on the hook. I’d signed the document I had gone through and I’ve got to now a one year contract with the Tulsa housing authority to install all of their carpet, which at the time I didn’t realize how involved in detail that would be. Tulsa’s Carpet Cleaner since 1998.

Speaker 1: (05:16)
It was great because it guaranteed I’m going to make 30 to $50,000 that year. But it also meant that I was guaranteed to have to install four or five and six apartments per week and have to transport and get the carpets and do this all while still going to school. All while still playing basketball all while still doing all the other things. And so I started having to do school athletics and then in the night stay up until two in the morning installing carpet and then turn around and get right back up for school at 7:00 AM the next morning to then do it just all over again. And so it was quite a hectic senior year and into my, um, freshman year at college. But that was the first thing that really just twisted and I got thrust into having a carpet business really just because I was trying to do somebody a favor. Carpet Cleaner Tulsa is in our fiber.

Speaker 1: (05:59)
And sometimes in your life, and this is important I think for everyone to look at it, sometimes you get, you choose what you want to do and other times you do what people offer you or give you the opportunity to, a lot of times we want to do something, we’d love to do this awesome, great thing. We’ve just like my first computer business, I’ve built that first computer, built those first two computers and I couldn’t sell it to anybody cause nobody wanted what I had built. I’d built it but nobody wanted it because I hadn’t first thought through what is it that I’m going to get and what am I going to do? I tried to pre-sell it and a lot of times we miss that point. We have something great we want to do, but then we go to the market and we realized nobody wants what we have to offer. Tulsa’s Carpet Cleaner since 1998.

Speaker 1: (06:36)
And then when you go to the market to see what is anybody interested in giving me, the thing that you really haven’t thought that you would want to do is the thing that somebody is offering that somebody says, Hey, I’m really needing someone to do this, and you just happened to be the person that could fill that need. And I think a lot of life is about you going through and saying, what can I do? What is it? There’s a need. There’s a need out there somewhere. What is it that I have the skillset? And I say they say, Hey, who can get this done? And you raise your hand. You say, Hey, I could fix that. And so that’s what, how a complete carpet started. As a carpet care installation company and we will go on in our next podcast extreme. Describe how that first year really laid out, but that’s how we got the meat and the potatoes of getting into that first year. Carpet cleaning Tulsa since 1998 we are complete carpet. Give us a call today at nine 1824947093 or find us on the web at completecarpettulsa.com.