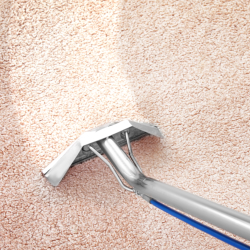 Speaker 1: (00:01)
Welcome to the carpet DM podcast. I am your host, Nathan Sabrina’s Jay. We’re going to continue our series on the origins of complete carpet. Carpet cleaning told us since 1998 we are complete carpet. So give us a call today at (918) 494-7093 or find us on the web at complete carpet. tulsa.com talked to previously about the ideology that went into forming complete carpet before you start a company. Before you do anything, you need to make sure that you’ve got the right building blocks in place. You don’t start building a house until you poured the foundation. Now sometimes that means you do a lot of research into the project you’re going to do. But what I’m talking about is a foundation that you pour before you start doing any research. Before you start approaching any project, you start living a life that is different, that is better. Tulsa’s Carpet Cleaner since 1998.

Speaker 1: (00:52)
These are sort of like, um, before you go out and try to apply for the military, can you see whether you’ve got an internal drive or dedication? Uh, for example, um, let’s see, Marines, what is the one about the Marines that they have that famous, they have that bell that if you, uh, when you’re going through the process, if you just feel like you can’t make it, you’re gonna go out and ring that bell and they actually make the process difficult to where they want you to ring that bell because only a few people can make it going through this. And it’s such an a, they need the best of the best, the very top of the top. And so they’ve only got to take people who’ve got all of the check, all the boxes, but you aren’t going to learn that those boxes, you’re not going to get to that mental toughness or to like going through the training. Carpet Cleaner Tulsa is in our fiber.

Speaker 1: (01:42)
And then you have to have something inside already and they’re doing all of these push and training and exercises to push you to, to reveal what is inside. It’s not there to try to cultivate and create it and give it to you. It’s there to reveal. If you already have it, know that you go in here, ring the bell, and you say, Nope, I can’t keep doing this. This, this is too difficult. This is too much pain. Since you mentioned frustration, we see this in a, it was watching the last dance pod series on ESPN about Jordan and the last, the bowls final year in 98 where they go in for the second three-peat. So there’s six championship and there’s quite a bit of it in there that they’re talking about the mental toughness, the fatigue that it wears on you as people come in and want to interview you or put your life under microscope. Tulsa’s Carpet Cleaner since 1998.

Speaker 1: (02:38)
And it was their point. Jordan said, yeah, I don’t know if I really want to do this anymore. I enjoy the game of basketball, but all the rest of that comes with it. All of this scrutiny, all of the, you know, I said, let me go back and ask again and do I want to be a everybody’s idol? Do I want to be everybody’s role model doesn’t look up to me. He goes, I’m not so sure that I’d make that choice second time because, um, what comes with it is a level of scrutiny and detail that’s just unbelievable. And I think we see that with a lot of our pro athletes. Some of them hold up, some of them do well, others just flame out. I remember in the two thousands, many other pro athletes, um, who Rose to quick fame because of their skills and quickly fell because of their character. Carpet Cleaner Tulsa is in our fiber.

Speaker 1: (03:25)
Because you look to see what their personal life was like and they were a mess. Now sometimes that those two things just go hand in hand. If you were very creative or you very high end and some of the stuff that you do that’s also means that you’re very out there on other stuff too. You don’t, you know, to be my ethically focused and be great at one thing typically means you’re not so great at a lot of other things because you’ve let those go the wayside to the exclusion of really focusing and becoming great at one thing. Uh, so, uh, I want to encourage everybody, I’m not saying that I’ve got it down, I’m not saying that the blue carpet is the best company ever out there, but I know that we started with these things and I seen lots of my contemporaries fall to the wayside as we are working to grow and expand our company. Tulsa’s Carpet Cleaner since 1998.

Speaker 1: (04:09)
I’ve seen plenty others who were out there and I’ve heard the stories, I’ve not watched them fail. I’ve heard the stories of their customers coming to us explaining why they want, cause I always wanting to learn. Uh, there’s a great book series out there. They, one of the things they talk about is that they said that they went through it, interviewed a bunch of millionaires and a bunch of people under a million dollars and the study came out to say that those who are over a million dollars, they read a book a month, maybe even a book a week. Whereas those under read a book a year. And it’s the idea there is that continuing learning. You need to always be pressing yourself to expand, to become better. In talking to our customers. I saw that they had the same general complaints. People would not show up on time or not show up at all. Carpet Cleaner Tulsa is in our fiber.

Speaker 1: (04:56)
Sometimes they would be in and out so fast that they couldn’t tell that anything that they’ve done that would be a lack of training. The other one’s a lack of discipline and the or the people there were rude. They weren’t nice, they weren’t a, there weren’t like people like to do with people with do stuff with people that they like doing stuff with. And that sounds redundant, but the reality is is that we gravitate to people that are like minded. We want people that are kind of nice and fun and the reality is each day is just a day. It’s just like there’s a random set of events and stuff that happens. Is it orchestrated? It doesn’t flow with time. Sure. But if you were to go through and name off all the things that happened, you probably find the houses a days that duplicate that day. Tulsa’s Carpet Cleaner since 1998.

Speaker 1: (05:41)
Exactly. But you take something away from it different every day because of the way that you feel, how you feel, colors, what actually happens. Do people can experience the exact same thing but come away with two completely opposite reactions to the thing. Uh, we’ve seen this plenty of times. You’ll have to be talking to a friend about a movie that you just loved and they will look at you with a scowl because they think it was the worst movie ever. And you can’t understand it because you saw the movie and it was great. But the way that you saw the movie, the people you saw the movie with, the um, the influence you saw the movie with, it colored your perspective of the movie and they saw it with people or influence that said that it was negative and bad and so they could walk away feeling negative about it. But the movie itself is physically exactly the same movie. There’s no dialogue changes between your version and their version. There’s not a music change. Like all of the stuff about that movie was equivalent to be both people. They both got the same movie and yet they came away with two polar opposite results. Carpet cleaning tells us since 1998 we are a complete carpet. Get us called a day at (918) 494-7093.