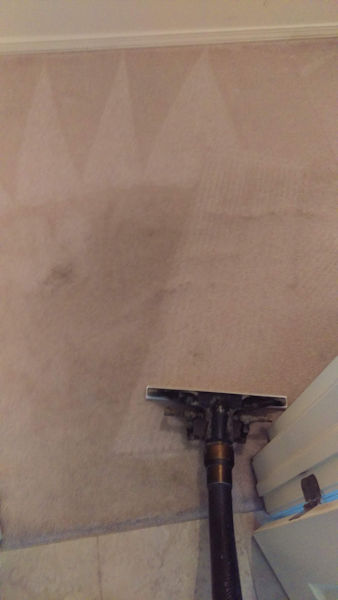 Speaker 1: (00:01)
Welcome to the carpet diem podcast. I am your host and Nathan Sabrina’s and we are continuing our series on the foundation, the formation of complete carpet. I hope that this helps somebody out there because, uh, finding the path through the woods is sometimes means that you make it. It’s true. Sometimes you quit and unfortunately Forbes says that nine and 10 business small businesses fail. And then a lot of times it’d be not because they’re not great people. It’s just that they didn’t have the right foundational building blocks in place before they started their business. Uh, you know, we could give them super broad generic terms like integrity and uh, timeliness and fortitude and happiness. You know, you give a big thing really, you have to get deeper than that because a lot of times reporters try to encapsulate the entire thought process into a single word and it doesn’t work so much. Tulsa’s highest and most reviewed Carpet Cleaner.

Speaker 1: (00:54)
So that’s why we like to use phrases or even whole ideologies. We’re talking about our business and what it is that drives us to keep going through. Um, one of the, I think the core things is that uh, guts church here in Tulsa, Oklahoma uses this phrase a lot and I think it’s a great one, is that not giving up is winning. And so, so many times in our life we just give up. It’s the idea that if you don’t get back on the horse, you’ve failed. But if the horse knocks you off and you get back on and you just keep getting back on, and that’s what we consider to be winning. That’s what we consider success to be is that success can only come from failure. A lot of times people say, well, it’s success means there’s no failure. Success is not possible without failure, without something failing. Carpet Cleaner Tulsa since 1998.

Speaker 1: (01:41)
There’s nothing you could succeed at. You’ve got to overcome the value. You’ve got to have something that all work is overcoming some type of failure. It’s solving a problem. My problem is failure. Somebody is successful when they make that failure go away. When they make that failure and they fix the failure when they change the failure. So it’s that concept that everything’s going to be failures. The question is which failure will get me to stop? Which failure will end to me and you should have the internal attitude that no failure will end. Now some failures, some failures I will choose not to do. We do sometimes within, uh, with wisdom and integrity, say, okay, that’s not my wheelhouse. For example, there’s some failures in the world that I don’t try to solve. I let another company handle it because they’re more specialized. I’m not out there. Tulsa’s highest and most reviewed Carpet Cleaner.

Speaker 1: (02:29)
Also, while cleaning the carpets, jumping out and trying to solve their electrical problem in their cars, I could do that. I do have these general skill set, but that’s not where my focus is. I need to be laser focused on the thing that I’m very good at so that I can become extremely good at it. But also there’s something that happens that I think is really important. We try to keep all of our guys, we have checklists, we have processes, we have best practices that we know exactly how to get carpets really clean from all those years of working with the Tulsa housing authority, dealing with the worst of the worst. It did teach us how to deal with all of the different processes, but if we only learned that because we were driven, we were focused that we weren’t going to just do enough. Carpet Cleaner Tulsa since 1998.

Speaker 1: (03:12)
We’re going to do our best. We’re going to find the best way to situation. Even if we’re not getting paid very much for those particular jobs, we were going to do them as if we were getting paid thousands of dollars to do them so that we could make sure that every single one came out fantastic because we knew that this was practice for the real game. Everything in your life is practice for the real game and so going back to not giving up is winning. There are times where you would say, I, it’s not that I’m going to give up, or maybe you are going to give up, but you’re going to choose to pass that failure, pass that responsibility to somebody who is better than you, somebody that has the skill set, that appropriate skill set for it. In the Bible, they talk about, Paul talks about the, I should not be jealous of the hand and the hand should not be jealous of a foot like you. Tulsa’s highest and most reviewed Carpet Cleaner.

Speaker 1: (03:55)
We’re all one body, but we have different forms of functions and I think that we need to realize that I needed not go outside my limitation or go outside my expertise, that there’s somebody out there who could do a better job than me. Yes, I can do a great job for you, but there’s someone who could do an even better job. And I think sometimes we forget that and we try to just do everything. And that’s where we got the old adage. The old saying that you become the Jack of all trades and a master of none. You should be well and proficient in everything you do, but always bring in somebody smarter than you if you’re the smartest person in the room. I love this saying, this is a great saying. If you’re the smartest person in the room, get out of that room because that means that there’s nothing more for you to learn there. Carpet Cleaner Tulsa since 1998.

Speaker 1: (04:35)
I should always be rubbing shoulders and connecting with people that are at your level and above. It’s not that you don’t reach those that are below you and mentor them and help them and try to help others next generation come up. If that was true, I would never hire another person but you should not make that your focus of where you are getting your information to be able to, you need to be a source of wisdom, a source of knowledge for people that are around you. And so you need to also go to a source and glean from a source, whether that be podcasts or that’d be ongoing education or would that be just looking at what you do and giving yourself time for critical thinking. So many people in business and spend all of their time on doing the business and they do not spend any of the time looking at how they do the business. Tulsa’s highest and most reviewed Carpet Cleaner.

Speaker 1: (05:16)
And if it could be better perfectly. And you told us that since 1998 we are complete carpet. Give us a call today at (918) 494-7093 and get on the way to join your carpets again. So this mindset and prevalent from the beginning is what drives you to say, I am not going to give up. It is what it drives you to say. What is the the way that I would want this done? It’s really difficult. So many people have this weird cognitive dissonance where they do one thing but they say another and they’ll say that they really can’t stand someone who doesn’t show up on time and he just isn’t there when they said they will be there and yet then they send all the people out and give them terrible schedules and they can never be on top because their schedules don’t ever line up. Carpet Cleaner Tulsa since 1998.

Speaker 1: (05:57)
They don’t match up with what’s supposed to be happening and so it starts from the top and then works its way down at the bosses of willing to pick up the trash. The employees will never pick the trash up. The boss isn’t willing to go that extra mile. The employees won’t be willing to go the extra mile because if they were to go find a boss who wants to go that extra mile, they want to find a mentor. They want to find somebody who’s already been been the the top that they can follow their guidance, their wisdom. If the people in the military turned around and surrendered at the first sight of fire, then they would never be able to train somebody to be able to stand firm in the face of fire and do hold their ground. Because if they were the type of leader that will give up on first sight are they’re going to train people who give a fuck for a second. Do you need to be the type of leader that does what it is that you want? Sometimes you look around, you’re like, why are my employees not the way that I want them? Well, it’s either it’s because you are accepted or you were doing at by example what it is you don’t want them to do because they will follow you, not what you say, but what you do. Carpet cleaning Tulsa since 1998 we are complete carpet.